Your karmic number interpretation tells you what you need to do in order to correct your actions from previous lives. It can also help provide invaluable instruction as to what to do so that you can reap the rewards of the seeds that you sow in this life.

To divine your karmic number, you must first add together all of the letters of your full birth name.

The resulting equation for William Bradley Pitt would look like this:

This number would then be redid to a single digit in the following manner:

Remember that if your name adds up to be a double digit such as 11, 22 or 33 then you are a master number! For instance if you are a 22 and a 4 make sure you read the karmic number interpretations for both numbers! They both apply to you.

INTERPRETATIONS OF THE KARMIC NUMBERS

Your best way to reap good karma in this life is to concentrate less on your own aims, and show others the way to their success. Practicing stewardship, mentorship and philanthropy helps you make decisions about the course of your own life.

Loving yourself and taking care of yourself will enable you to love and take care of others in this life without sacrificing your dignity and self-esteem. Practice letting go of such toxic emotional habits as possessiveness, jealousy and obsession.

Do the creative things you love just for the sheer joy of doing them and the money will come to you. If you start feeling that the world owes you a living, immediately go out and practice an act of random kindness or charity to humble yourself.

Achieving world peace is one thing, but first one must be harmonious inside. As you are such a caretaker of others, you are advised to take time out from your focus on others and regularly reconnect with your higher self by practicing yoga or meditation.

You attract the best karma by sacrificing the spotlight to others once in a while, no matter how untalented they may seem to you. Realize that everybody has a right to express him or herself without judgement or criticism from you. Dispensing with pride and learning to be humble is often corrective to your karma.

You attract the best fortune by doing onto others, as they would do unto you. Your karma is vastly improved if you can get past the idea that you must save up your love for that one special someone and treat everyone you meet as specially as you would your soul mate.

Number 7s can improve their karma by extending a helping hand to those they would normally consider to be contemptible in behavior. 7′s can also create good karma by learning to master their greatest fears such as fear of abandonment and fear of “letting go.”

8′s reap the greatest karmic rewards by having faith and working diligently to accomplish their goals no matter what others say. As 8s are often wealthy, they reap what they sow by donating at least 10% of their income to charities.

Number 9′s can correct their karma by displaying more faith in the concept that the universe is a benevolent, rather than a cruel place. Detaching from their emotions and consistently displaying an upbeat and positive attitude usually brings them great rewards.

Master number 11′s reap the greatest karmic rewards by having faith in their intuition as opposed to their rational minds. 11′s need to work on their faith and trust in other people as fate has a way of only bringing them what they expect. If an 11 expects the worst than he or she will get the worst. If she or he expects the best, then they are usually blessed.

Master number 22′s succeed the best if they learn to control the thoughts that rule their subconscious mind. As they are the ultimate manifesters of dreams into reality, a 22 reaps the greatest rewards by choosing his or her thoughts carefully. Positive thoughts bring a 22 positive things. Negative thoughts often manifest as roadblocks to success or prosperity.

The Karmic number 33 is usually an enlightened being who is about to ascend to the next level of non-being. They usually don’t experience a karmic path and act more as karmic agents that trigger catalytic events so that others can ascend in terms of developing their spirituality. 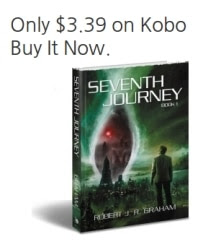